For all of you music lovers out there, you’ll get a lot of use from Spotify, which is one of the leaders in the music streaming service industry. If you’re a Spotify fan and you’re dying to listen to your favorite Spotify music with your Apple CarPlay, then you’re in luck. Spotify recently updated its Spotify Stations app for iOS so that it’s supported on CarPlay. Now you can take control of playback directly from your CarPlay head unit rather than having to mess around with your iPhone to access Spotify while you drive.

What We Love About Spotify Stations

Spotify’s brilliant move of making their CarPlay version of Spotify Stations resemble the familiar iOS version means there is nothing new to learn here when you want to select a station. And the easier it is to use something, the more likely people are to use it. That’s certainly true of our experience with Spotify Stations.

What You’ll Get with Spotify Stations

The new Spotify Stations app was originally launched in the United States. With this app, you’ll get:

Another great feature of Spotify Stations is the fact that the app will adapt to your musical tastes and requests the more often you use it. So, even when you can’t think of a song you might want to hear, Spotify Stations will have you covered. You won’t even need to type or search once Spotify Stations learns enough about what you like. After the app gets to know you, it will make stations featuring all of your favorite songs.

Like Pandora, Spotify Stations was created for users that don’t want to have to lift a finger while they rock out. Of course, not wanting to touch anything while you drive and listen to music keeps everybody safe on the road, and that’s what Apple’s CarPlay is all about.

Stations can be downloaded for free on an iPhone with iOS 11.4 or later. If you don’t want to hear any ads, you’ll need to pay a $9.99 per month subscription fee.

The list grows! And for good reason… CarPlay is in more cars and SUVs than ever before. Automobiles rolling off the factory floor are now more likely to have CarPlay than not in 2019, a Read more… 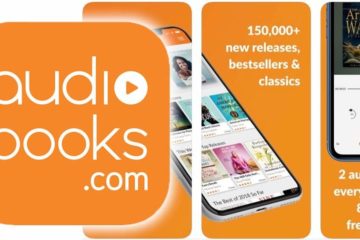 Audiobooks.com App — How it Works

Love listening to audiobooks when you are taking a long-distance road trip? Check out Audiobooks.com. It’s a competitor to Apple’s native Books app, which is the gold standard of audiobook listening in CarPlay. Whether you’re Read more… 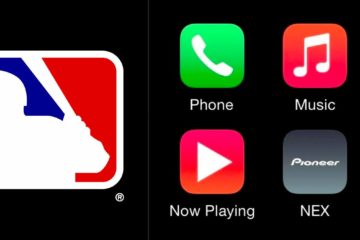 MLB At Bat on CarPlay

Baseball lovers can now experience their favorite sport on CarPlay with MLB.com’s app, At Bat. If you love to listen to baseball coverage while you’re driving, the MLB app is the best solution, bar none. Read more…