Where Did CarPlay Come From?

CarPlay is Apple’s effort to keep you from crashing your car. No, really.

It’s all the good *core* stuff in iOS, made available through your car’s head unit, and made available in a way that keeps your eyes on the road and hands on the wheel, as much as possible.

Because most apps require either visual attention or a touch interface, most apps are not available through CarPlay. Click here for apps that are allowed in CarPlay. This means they will not appear on your car’s CarPlay interface. They will be available on your iPhone however, when it’s connected to a CarPlay head unit.

When did the CarPlay Project Start? 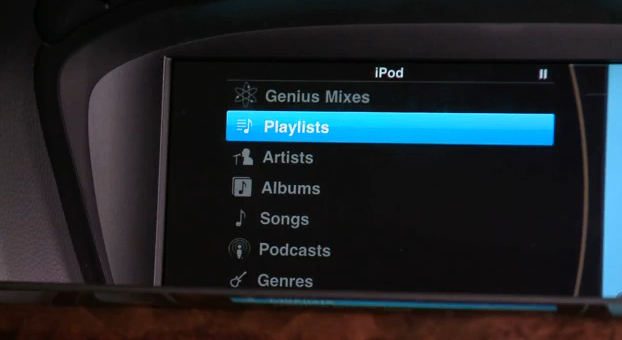 iPod Out – precursor to CarPlay

Apple iOS 4 had a feature called “iPod Out” that was the result of a joint development between the BMW Group’s Technology Office USA in Palo Alto, California, and Apple Inc.

The iOS feature was first announced during WWDC in 2010 and first shipped as an implemented infrastructure in BMW Group vehicles starting in early 2011. The BMW and Mini option was called “PlugIn” and paved the way for the first cross-OEM platforms, introducing the concept of requiring a car-specific interface for apps (as opposed to MirrorLink’s simple and insufficient mirroring of what was shown on the smartphone’s screen). — courtesy https://en.wikipedia.org/wiki/CarPlay

iOS in the Car

Then the real deal: CarPlay was announced it as iOS in the Car at the 2013 WWDC.

CarPlay was launched with its current branding in at the Geneva Motor Show in March, 2014… and here we are now, not crashing while enjoying entertainment and the joys of Siri.

[…] If you haven’t heard, Apple’s CarPlay is available in cars that are made in 99% of new cars. While this offering from Apple has loads of headroom to grow into, CarPlay does most of what it needs to do to keep drivers satisfied… and not crashing. […]

Apple CarPlay: FAQ and Everything You Need to Know

CarPlay is Apple’s solution to your car’s less-than-perfect navigation and infotainment system. Just plug your phone in and your vehicle’s screen shows a simplified version of your phone’s home screen, complete with preapproved, car-friendly apps Read more…