And will CarPlay be compatible with future iPhones?

If you’re hooked on CarPlay, you might be wondering whether it’s here for the long term. Unlike a phone that you just replace when it becomes a bit too dated and clunky, a car is a long-term investment. And with the average car lasting 11 ½ years – the highest age in history – we’re keeping our cars longer than ever.

Of course, you probably won’t own the same car in 11 ½ years, but chances are that your next auto purchase – whether new or used – will have CarPlay.

With Apple CarPlay literally (via a lightening cable) and metaphorically tethering your phone and car together, you might wonder how your future clunker will handle future iterations of your iPhone or whatever gadget Apple will make in 11 ½ years.

And don’t think a lot can change in 12 years? Well, consider that CNET’s 2006 award for most innovative phone design went to the LG Chocolate KG800 (far left phone in the image above). Remember those times? With 128MB, you had enough space to hold about 20 terrible photos from its 1.3MP camera.

A lot can change in 12 years, and phones change faster than anything else.

Do I need to worry about future compatibility?

The worry is that, in the future smartphone technology will move forward and become incompatible with your car’s technology – which we upgrade much less frequently. Unlike a phone, you can’t download an update for your car (at least, for most cars…).

For the most part, you’re stuck with what you’ve got. Right now, you might be having flashbacks of your SUV’s clunky early-2000s navigation software, thinking you’d hate to still lug that around. And you certainly don’t want to use that old BMW car phone above. Yikes.

But with CarPlay it’s different, and in a very good way.

While your car certainly needs to be CarPlay-compatible, it’s really just a conduit for your iPhone software. It’s a screen displaying a simplified version of your iPhone screen. When Apple pushes an update to your iPhone, CarPlay is also updated. You’re really only limited by the physical aspects of your own car – the dials, nobs, and steering wheel controls. Other than that, everything can update and change.

So unlike those cars with a pre-installed Pandora app that’s ready to be ignored in 10 years, CarPlay can change and shift with the times – keeping your car’s infotainment system from becoming an outdated brick years down the line. Pretty cool, huh? It’s a neat trick.

CarPlay is ubiquitous – and there’s strength in numbers

Even still though, are you worried that Apple will one day stop supporting CarPlay? That they’d just drop it from future iPhones? We wouldn’t worry just yet, and we’d be surprised if that happened anytime soon.

When first debuted in 2014, just 3 automakers supported CarPlay. Fast forward to 2018, and that number’s now at over 200 CarPlay-supporting vehicles, including models from all the big manufacturers: Chevy, Ford, VW, Honda, Toyota, etc. To say that CarPlay has seen exponential growth would be an understatement. From humble beginnings just 4 years ago, it’s now supported by almost every major auto manufacturer.

If you’re wondering whether you need to worry about future compatibility, the complete ubiquity of CarPlay in today’s modern cars is almost a guarantee that it’ll be around for a long time to come.

So to answer our initial question, by its very design, CarPlay will avoid becoming outdated simply because it can shift and change as time and technology move forward. And while Apple could one day cease supporting the function, we wouldn’t worry about that anytime soon.

Want to see which apps CarPlay supports? Check out our updated list of Carplay Compatible Apps! 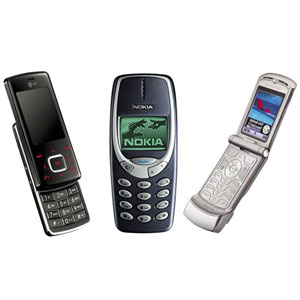 Article Name
Does Phone Technology Move Too Fast for CarPlay?
Description
If you’re hooked on CarPlay, you might be wondering whether it’s here for the long term. Unlike a phone that you just replace when it becomes a bit too dated and clunky, a car is a long-term investment. Will CarPlay be compatible with future iPhones?
Author
Ryan
Publisher Name
CarPlayWorld